Conference on “Shaping the Future of New Mobility”

Conference on “Shaping the Future of New Mobility”

Within this framework, the ERF (European Union Road Federation), FIEC (European Construction Industry Federation), the French Road Federation (Routes de France), the French Federation for Public Works (FNTP) and the Confederation of International Contractors’ Associations (CICA)  initiated in March 2019 a Benchmark Study to identity the impact of the new mobility revolution and how road infrastructure should address it. This study was released on 8th September 2020.

Final outputs of the study will be unveiled and debated during the conference hosted by MEP Dominique Riquet (Committee on Transport and Tourism). The event will bring together stakeholders from different sectors to break down existing silos and promote a constructive dialogue for the benefit of all road users, and thus shape the future of the road infrastructure. 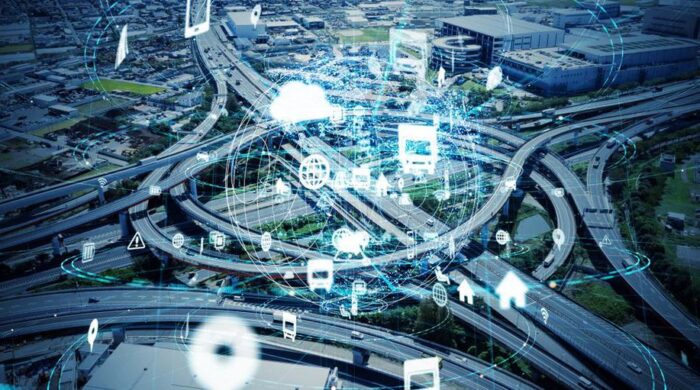 Born in Valenciennes, surgeon-urologist for 40 years, close to Jean-Louis Borloo, Dominique RIQUET has been a member of the European Parliament since 2009.

Dominique Riquet is a member of the TRAN Committe, founder and co-president of the Long Term Investment & Reindustrialisation Intergroup at the European Parliament, dedicated to long-term investment and competitive industry, as well as Vice-President of the centrist European group, Renew Europe.

During his time in office, he has been particularly involved in the financing of major infrastructure projects, such as the Seine-Nord Europe Canal. In that regard, he is a specialist on the trans-European transport networks issue (rapporteur on the Connecting Europe Facility I & II, Smart TEN-T…).

Very active, Dominique Riquet was notably the French MEP who was the most involved in the work of the parliamentary committee during the previous term of office, with an attendance rate of 98%.

At the local level, Dominique Riquet was deputy mayor, then mayor of the City of Valenciennes, succeeding Jean-Louis Borloo. He was also member of the Regional council (Nord-Pas-de-Calais) from 1992 to 2009 and Vice-President of the Valenciennes Métropole Conurbation Community from 2008 to 2014.

He is married and has two children.

Amélie Schäfer is a Policy Officer for International and European Affairs at the Confederation of International Contractors’ Associations (CICA) and the French Federation of Public Works (FNTP).  She was in charge of the international benchmark study dealing with the impacts of new mobility and road infrastructure Before joining CICA and FNTP, Amélie studied Political and Social Sciences at Sciences Po Bordeaux and the University of Stuttgart in a Franco-German programme. She specialised in International Relations and Innovation Sociology and studied abroad at the University Carlos III in Madrid.

Simon joined the ERF and Routes de France in 2019 and is specialised in EU affairs. He was in charge of the international benchmark study dealing with the impacts of new mobility and road infrastructure. He previously worked in the Economic Affairs Department of the FIEC (European Construction Industry Federation) and in the European Department of the French Federation of Public Works (FNTP).

Christophe Nicodème graduated in translation and after an intensive training in Sales and Marketing, he started his career working as Sales Manager for companies specialized in the road infrastructure sector, more particularly for road markings, road maintenance and road safety systems.

He counts with an international experience in implementing and assessing Traffic Calming Schemes in urban areas and on major road networks in Europe and Latin America.

In 2008, he has been appointed Director General of the European Union Road Federation (ERF), a non-profit organisation representing the European Road Infrastructure sector and acting as a platform of dialogue and research for road mobility issues.

Pierre has been appointed General Delegate of Ascquer – the French road equipment certification body in 2017.

Ascquer is the association for the certification and qualification of road equipment, promotes quality and innovation in the field of traffic control devices and safety equipment through initial assessment of products and continuous monitoring of its manufacturing.

He has successfully acted within the working groups of the European union of Road Federation (ERF) devoted to road equipment. He was involved in road safety research and policy, including several national or European research projects.

He was also member of PIARC (World Road Association), representing France in the working group devoted to safer road infrastructure operation and design in the 2012-2015 cycle.

▪ Member of the executive committee of the Federal Association of the German Industry (BDI – Bundesverband der Deutschen Industrie e.V.), since 2012 as Vice President

Miguel Caso Florez is a civil engineer and an architect graduated in Spain and France. He has initially worked for the private sector and then he has worked at the General Secretariat of the World Road Association PIARC for 15 years, serving first and Technical Advisor and currently as Technical Director.

Miguel supervises the technical outputs of the over 25 PIARC Technical Committees and Task Forces, which include around 1.200 experts from over 80 countries. Miguel manages the International Seminars, Conference and Workshop programs. He also coordinates the PIARC Special Project program, which intends to provide an answer in a short period of time to emerging issues identified by member countries. Miguel leads the Technical Advisors team in PIARC with valuable professionals from different part of the world.

As a transport economist, Wanda Debauche worked for many years in a consultancy firm specialised in the fields of mobility and land planning.

After a passage at the directorate of the Belgian railways as consultant at the office of one of the managing directors, Wanda DEBAUCHE joined the Belgian Road Research Centre to develop the “Mobility” unit.

She is currently in charge of the “Mobility, Road Safety and Road Management” division of the Belgian Road Research Centre, and a member of the Management Team. In this capacity, she performs directing a team management tasks, while retaining research, training and expertise activities in the specific area of mobility.

PHD MSC Civil Engineer specialized in road transport, field where she has been working in the national and international context for the last 20 years. She is currently the Deputy Director for Technical Affairs of the Spanish Road Association, and also director of projects in the Ibero-American Road Institute.

She has participated in several research projects and consultancy assignments not only in Spain, but also in the European Union and the region of Latin America and Caribbean. She has been involved in the development of the European Commission’s STRIA (Strategic Transport Research and Innovation Agenda) roadmap on Transport Infrastructure in 2019 as rapporteur.

Yann Lefeuvre has been working for Colas groupe for 20 years and is currently e-Mobility & Autonomous Vehicle Manager at the Technical and R&D department of the group. He is in charge of the projects dedicated to the development of the road infrastructure for the new types of vehicles.

Yann was the former Head of the Infrastructure Engineering department at Colas group’s R&D center in France, the Campus for Science and Technique.

He has also spent several years at Colas UK as Business Manager of the Value Management Team.

Jincheng Ni was graduated of Toulouse School of Economics and ENSAE Paris (National School of Statistics and Economic Administration, Institut Polytechnique de Paris). Since 2015, he is an economist at France Stratégie and his work focuses on socioeconomic calculation, mobility/transport, territories/metropolization/urbanization and Chinese economy.

He was previously Director of Transport Economics in the Strategy Department of SNCF, Director of Development and then Director of Territorial Affairs for the SNCF Paris St-Lazare and Normandy regions.

Mr. Rik Nuyttens started his career at 3M in 1984 and recovered various positions in Europe and USA along the years:  R&D, technical, marketing, and business.  Currently based in Brussels, he holds the position of Regulatory Affairs & Connected Roads Manager for the 3M Transportation Safety Division for the Europe, Middle East and Africa (EMEA) region. Graduated in 1980 with an MSc in Polymer Engineering and Processing at the Belgian Institute for Textiles, Chemistry and Agriculture (Ghent – Belgium), he then further obtained MBA in 1993 at the Brussels’ VLEKHO economical institute: “Management of International Operations”.

On 1 February 2017, Mr Ruijters was appointed Director of Directorate B – Investment, Innovative & Sustainable Transport in DG Mobility and Transport, while at the same time continuing as Head of Unit responsible for the Trans European Network (TEN-T) until 1 April. He assumed the role of Head of Unit in 2009 and was directly involved in developing the TEN-T Guidelines.

He previously worked in the same DG from 2005 to 2009, in order to promote the implementation of TEN-T projects in cooperation with the European Coordinators, and for the development of road safety policy, from 1997 to 2005. Before coming to the Commission he held various positions in The Netherlands related to transport.

Mr Ruijters holds degrees from Nijmegen and Amsterdam Universities in both French literature and European Studies, and was post-graduated at the Centre Européen Universitaire in Nancy, in European Law, and in Business Studies at the University in Leuven.

Joost Vantomme is the Smart Mobility Director of the European Automobile Manufacturers’ Association (ACEA), which represents the 16 major Europe-based car, van, truck and bus manufacturers. Joost is Chair of the Strategy Committee of ERTICO-ITS Europe as well as member of its Supervisory Board. He serves also as member of the Board of the European Mobility as a Service Alliance (MaaS). Furthermore, Joost was selected as member of various Commission Expert Groups, among which the Expert Group on B2G data sharing.

Joost has 30 years’ experience in legal, regulatory, and public affairs. He served as legal and regulatory affairs director in the telecommunications, postal, logistics and automotive sector. He had leading policy making roles in European associations such as PostEurop and FEDMA, as well as at the UN level (UPU). Joost has also been a member of the Cabinet of the Belgian Minister of Economy and director at Hill+Knowlton Strategies, an EU consultancy firm.

As a frequent speaker at conferences and author of papers, he engages with stakeholders on European and international policy issues in a digital agenda context. Joost holds a Master in Economic Business Law, a Master’s Degree in Law and a Diploma in Teaching Law (Universities of Leuven, Poitiers and Louvain). He is fluent in Dutch, French, English and German.